In 1776, the U.S. Constitution was ratified and our nation was officially born. At that time, the population of our country was around 2.5 million. Many would be surprised to know that currently, the U.S. sends over 2.6 million passengers into the sky on one of over 40,000 flights, every single day. More people are above the clouds in a 24hour span of time than existed in this country just over 200 years ago. It’s safe to say air travel has come a long way in a short span of time.

We’ve all heard of the Wright brothers and their many valiant attempts to make powered flight possible before finally accomplishing the task in 1903. But were they the true pioneers of flight? 36 years earlier in Germany, a man by the name of Otto Lilienthal began experiments on the first glider— a non-powered aircraft capable of soaring for prolonged periods of time. By 1891, the first man-carrying aircraft was built using similar designs and people were able to ride with the wind without the need of a giant balloon.

Perhaps the early aircraft innovators didn’t imagine our current reality— planes flying overhead at every moment. They may have simply wanted to break outside the limits of humanity at the time and do as the birds do. Regardless, once rudders, motors, and propellers were incorporated into the general glider frame, things advanced pretty quickly.

After the Wright brother’s triumph, their success became known around the world. The first couple of years following that time, focus was directed towards creating aircraft that could land safely without crashing. Taking off was no problem, but landing the craft without damage to the airframe was proving a challenge.

Around the year 1910, many resources were being allocated to aircraft engineering and improvements were made rapidly. The next five years would see the arrival of many airplane manufacturing companies such as Burgess, Glenn Martin, and Boeing. In 1911, America even welcomed its first licensed female pilot, Harriet Quimby, to the world of aviation. Many male and female pilots would follow her lead as they took the controls of early aircraft.

Even before World War I began, countries around the world were producing their own airplanes designed for in-flight combat. Perhaps the most notable plane during the war was the Fokker Eindecker, a single-seat German fighter plane. This aircraft came equipped with a ma 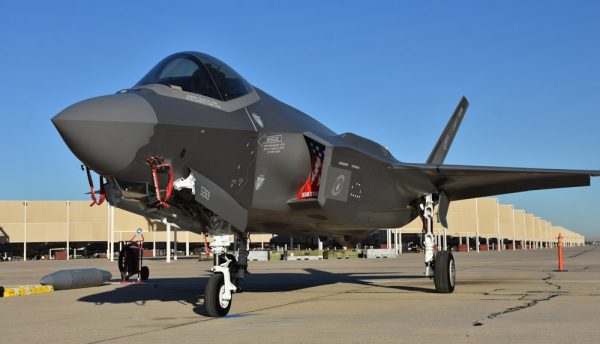 chine gun and was used heavily in battle.

By the time World War II commenced, airplanes were much lighter, faster, and more agile. The P51 Mustang, for example, could reach speeds in excess of 430 miles per hour and travel for nearly 1000 miles without refueling. Larger bombers were also made, designed to carry heavier loads. The second world war was a time of tremendous growth in American military aviation, increasing our total number of airplanes from 2,500 to nearly 300,000 by the war’s end.

While the evolution of aircraft was catalyzed during the late ’30s and early ’40s, none of the airplanes at that time hold a candle to our current military roster. Current fighter jets such as the F-35 (pictured to the right) travel at speeds in excess of 1,100 miles per hour while carrying large amounts of cargo.

Along with military developments, the commercial industry was also growing quickly early on. The first commercial airline flight was scheduled for 1914 and the dream of air travel officially became a reality. It wasn’t until the Air Commerce Act of 1926 was put into effect, however, that standards, facilitation, and promotion surrounding commercial flight really began to be seen. After World War II, the industry grew rapidly, and commercial travel was commonplace.

Today, flight is a normal part of life. Most Americans have been aboard an airplane and many are frequent flyers. Male and female pilots alike flood the air and transport people and goods safely from one place to another. Pilot training has likewise improved dramatically in just a short while. Flight simulator technology makes obtaining a commercial or private pilot license easier and more affordable. It truly is amazing how far we have come in just a short period of time. From 2.5 million citizens to 2.6 million daily flyers, things have certainly taken off.

Menu
This website uses cookies to improve your experience. If you continue to use this site, you agree with it.
Ok